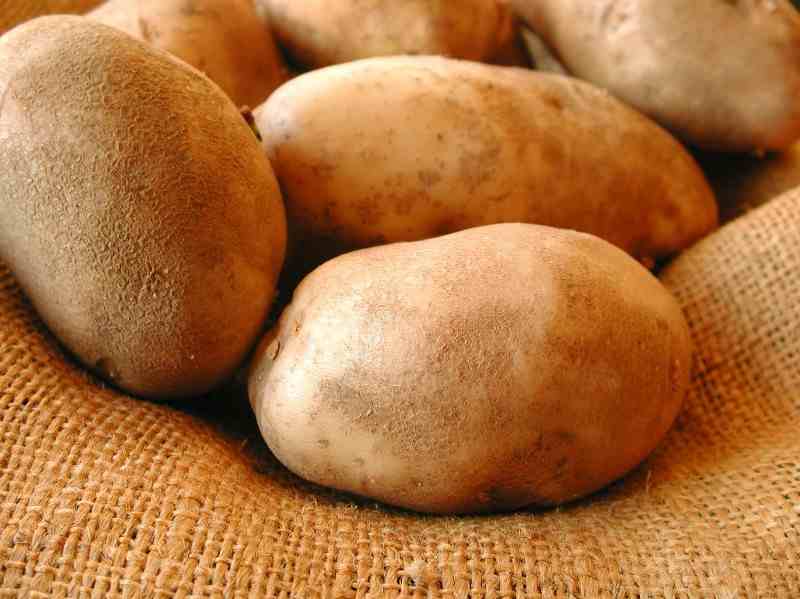 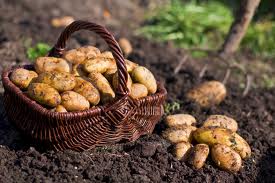 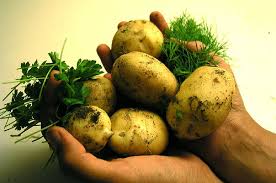 One of the most versatile vegetable, potatoes can be boiled, fried, mashed, grilled or baked, and it all taste yum. Although, potatoes are available round the year, using your own home grown ones have a different charm altogether. This article is an attempt to answer all queries about growing potatoes starting from the right time to plant them and all the way to harvesting them.
The potato is a starchy, tuberous crop which belongs to the Solanaceae family, commonly referred to as a nighshade family. The world's fourth largest food and staple crop, potatoes are an absolute favorite among children and adults, alike.
Growing Potatoes
Potatoes are grown from tubers, 'seed potatoes' as they are popularly known. There are dozens of different potato varieties; early, second early and maincrop potatoes. So choose the one you are looking for as per need. Let me get down to answering a few basic questions about planting potatoes before getting into the details.
What is the Right Time to Plant Potatoes?
Potatoes should be planted from mid-March or early April, when the soil temperature is closing to a 45º F.
Which is the Best Place for Plantation?
Potatoes should be planted in a location that receives full sun, and in a loose, well-drained moisture retentive soil.
What Should Be the Depth of Plantation?
Depending upon the size of the seed potato, plant them in loose soil at a depth of two to five inches deep.
How Far Apart Potatoes Must be Planted?
The spacing completely depends upon the variety. Early potatoes should be planted 30 cm apart in rows spaced at 45 - 60 cm, and second earlies and maincrops should be spaced at 38 cm apart in rows spaced apart at 75 - 80 cm.
Method of Planting Potatoes
Now let's get down to the best way to plant potatoes and soil preparation, and chitting.
Potato seeds are not tiny seeds, but special seeds that are actually small-sized potatoes or tubers. Four to six weeks before planting the potato seeds, one needs to sprout them. Place the potato seeds in trays or boxes in a light airy location with plenty of light either in late January or early February. Each seed potato has a number of 'eyes', keep that side facing upwards. The seeds will start to sprout, and will be ready for plantation when the sprouts grow about 1 to 2 cm. This entire process of sprouting seed potatoes is known as 'chitting'. Chitting helps the tubers to establish and grow faster, for un-sprouted seeds take longer to sprout in soil and at times, produce a smaller crop.
Now let's get down to soil preparation. Choose a location where potatoes have not been grown for last two years. To get a good crop, give the location a three year rotation for growing potatoes. Till the soil deep, and add in just a little peat moss. Fertilizing is not necessary at this stage. Experts recommend a location that has been manured the previous winter. However, the addition of some compost or a little peat moss is beneficial. The use of fresh manure is a strictly no-no as it tends to cause scab on the potatoes. Ready the rows and trenches as per the variety of the potato seed. Handling chitted seeds carefully, gently press or set them into the trench with the shoots pointing upwards, and cover the potato seeds very lightly with soil. As the sprout grow bigger, keep mounting the soil higher. This will give the young potato plant protection from frost and weeds.
Watering potato plants as they begin to grow is very important to ensure the health of the tubers. Keep the soil well watered throughout the summer, especially during the flowering period. The flowers borne are white, pink, red or purplish blue with yellow stamens. The potato seed variety sometimes also determines the color of the flowers, such as; white flowers generally have white potato skins, while colored flowers tend to have a more pinkish to brown skins. Preferably water early in the day. When foliage dies back naturally, cease watering for a week or so to allow the tubers to mature.
Harvest potatoes 2 to 3 weeks after the plants have finished flowering. Early potatoes can lifted from June until September, even when the foliage is still green, whereas second earlies and maincrop varieties can be lifted September, however, before lifting the crop, cut back the foliage to ground to give the potato skins sufficient time to toughen up.